Four Grand-Mère, manufacturer of wood-burning ovens in the Vosges for 40 years

Four Grand-Mère was born out of the association between two Vosges entrepreneurs who had been friends since school. Jean-Luc Tisserant and François Georges, then in their twenties, had a dream of independence and working in the  lands of their birth.

Led by the desire to return to work near their native village of Jeanménil, they set up a general masonry company called Tisserant and Georges, where they were able to combine their joint know-how. Jean-Luc Tisserant was trained as a metallurgist with experience in foundry work, while François Georges possessed industrial design skills.

In the early years, the installing of open-hearth chimneys was mainly a supplementary activity to keep their workers busy during periods of inclement weather which are frequent in the Vosges region.

In 1979, Jean-Luc Tisserant and François Georges finally moved to live in Jeanménil itself.
However, the winter of 1980-81 was very harsh for construction companies in the Vosges. This was when that the idea of making small wood-burning ovens for individuals developed as a seed in their minds. The two childhood friends wanted them to be both beautiful and robust. They opted for brick ovens with a refractory concrete frame made of chamotte reinforced with stainless steel fibres.

Jean-Luc Tisserant and François Georges created and perfected the prototype of the Marmiton oven using  handmade brickwork. This model, which is still on sale today, quickly became a real success. And so the Four Grand-Mère brand was born!

The following year Four Grand-Mère created a larger model. The 950 Brick oven quickly became a standard among pizza-making professionals. The range was gradually expanded to include larger ovens.

Four Grand-Mère created a new range of wood-burning ovens especially for bakers. These traditional ovens with a static floor first and then rotaring floor, use a system of direct heating with a lower or lateral firebox design. In this way, the flames pass through the cooking chamber allowing these ovens to deserve the name of wood-fired bread ovens.

In 1989, Jean-Luc Tisserant and François Georges patented the rotaring floor and plates for pizzerias. The pizzaiolo places the pizza on dual rotating tray which moves in a way similar to the planets. Thanks to this ingenious technique, the pizza is cooked without handling and in a single rotation of the hearth.

In the 1990s, Four Grand-Mère began to build ovens for the agri-food industry capable of cooking more than 1,500 pizzas per hour with automatic loading and unloading. The success was immediate both in France and internationally. 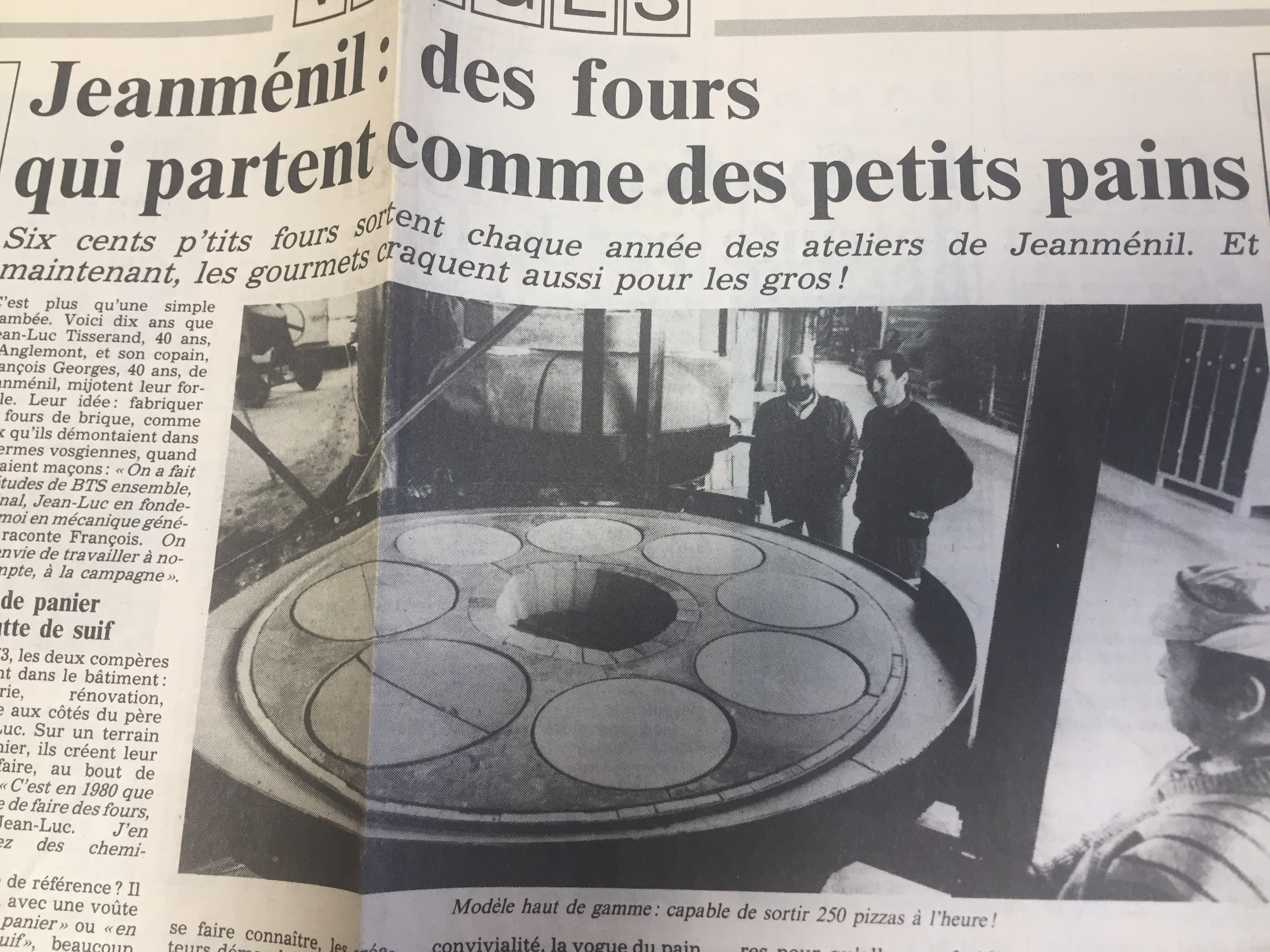 In 2004, the two founders prepared the way to hand over the company. A few months later, Xavier Renahy took over the reins of Four Grand-Mere.

In particular, he was to develop the range for pizza-trucks and food-trucks. He created a range of lighter ovens like the 1030 and the Pro-R, a rotary hearth oven producing an average of 50 pizzas per hour.

2014: the brand reaffirmed its choice of authenticity

When Xavier Renahy retired, he was succeeded by Anne-Laure and François Célérier, both from the industry. It was a real passion for the couple who had already been aware of the company for several years.

Seduced by the brand's values of quality and authenticity, the two new directors wanted this spirit to shine through even more brightly.
To this end, they developed digital communication and a new visual identity, accompanied by a signature image that spells out user-friendliness and the good times!

In 2017, the Fours Grand-Mère also joined the network of Vosges Ambassadors, to help promote the region of which they are so proud.

2018: Four Grand-Mère made its first steps in the manufacture of designer wood-burning ovens

In 2018, Four Grand-Mère created a new range of designer wood-burning ovens, which were both innovative and environmentally friendly.Alf, Fred and Alfred broke the mould of traditional wood-fired cooking and won two design awards:

2020: the company was awarded the Living Heritage Company (EPV) label 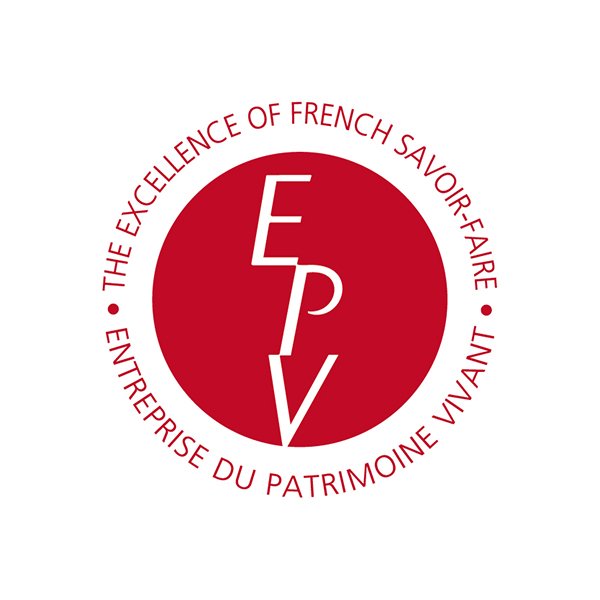 This prestigious label awarded by the French State is a mark of excellence of our products. It is also recognition for our world renown and unique know-how, such as kit-form brick ovens, rotating floor and rotating plates ovens.

As of today, Four Grand-Mère has already sold more than 20,000 ovens of all sizes in more than 50 countries! 40% of the company's annual figures are achieved through export.

In order to continue its growth while remaining faithful to its roots, the company moved, in July 2020, to a new eco-sustainable building, just few meters from its manufacturing workshops.

Discreetly (sanitary measures oblige), the company celebrates its 40 years of existence, between 2 lockdowns.